Ashton Hut is on the Ashton Burn a tributary of the Oreti River in the Western Eyre Mountains. there are no tracks into this hut from any direction so one must tramp over untracked terrain to reach it.

It is a 4 bunk hut with a toilet and a water tank. It is reached by climbing up the steep face to the East just over the Ashton Burn up as high as the big rock outcrop then sidling to the South East to the ridge beyond. Once the ridge is reached you can see the hut in the distance and drop down to it.

Greg has  take on this hut and  We give it a bit of a makeover in 2021. We put a new roof on, dug in a toilet and put a new tank stand on 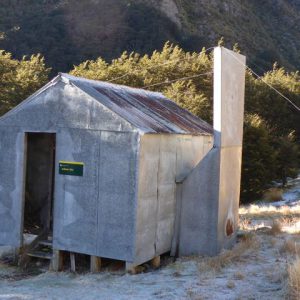 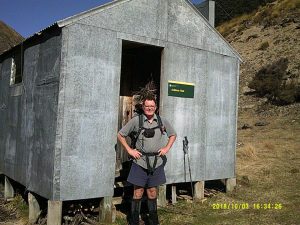 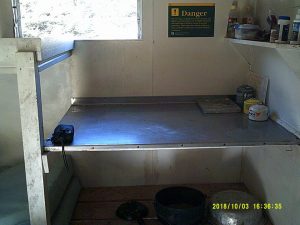