Tautuku Hut is in the Catlins, it is a 4 bunk hut with no fire place but now has a toilet and water is at the nearby stream. we have done the renovation on this hut. We will put in a toilet, line the ceiling and paint the hut in and out. We cleared the trees from round the hut, clear the chopper pad and round the toilet site. Greg is looking after this hut.

This hut was constructed in late January 1991. The hut itself was a Skyline garage that Laurie Mains, owner of the Skyline franchise, converted and donated to DoC.

It was put in what is  locally known as Sandy’s Clear, for contract goat hunters to base from when goat culling for DoC.

The track in was the original track Sandy Shanks would take his horses in on and the clear was his tent camp site when he possumed in there. Hence the name Sandy’s Clear.

The hut was never intended to be permanent but when the culling finished, locals still wanted to use it. 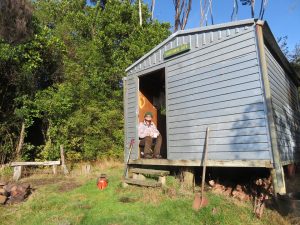 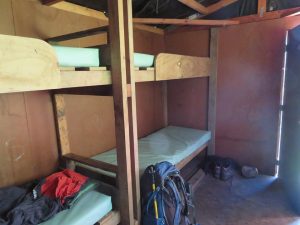 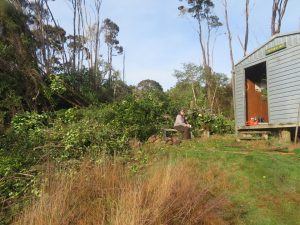 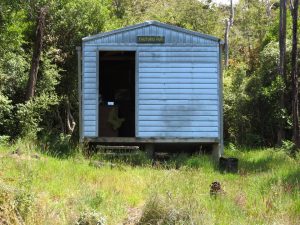 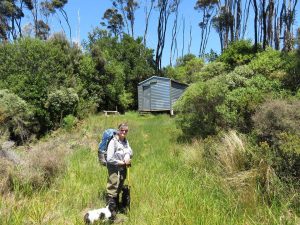 We cleared some of the bush away in early 2019 from shadowing the hut, much lighter now. DoC is happy to put a porch on the front of it.